A sheep makes an unlikely candidate for ruler of the ranch—unless, of course, that sheep possesses “mental force” and “occult power” granting it dominion over all other beasts. In 1901, just such a magical animal enjoyed retirement on John W. Springer’s Cross Country Horse and Cattle Ranch, at the present-day site of the Highlands Ranch Mansion.

The sheep came from no particularly special breeding, it was just another lamb born on the Continental Land and Cattle Company property in Montana. Springer’s father-in-law, Col. William Hughes, served as president of the business.

Despite her conventional origins, the sheep demonstrated extraordinary powers: identifying sick or hurt animals, discovering unlocked gates, and herding cattle to shelter in the face of upcoming storms.

The Denver Post reported the sheep’s greatest accomplishment in December 1901.1 The hero sheep subdued a bull, nicknamed “Devil” because of his attempts to gore farmhands, by rubbing her nose against his “panting nostrils” and leading him peacefully around the pasture and through the chute.

The sheep’s prowess earned her an early retirement at the Springer ranch in the gentler Colorado climate. The animal’s presence caused a stir in the Denver media, which theorized her supernatural abilities originated from the reincarnated spirit of some great, departed person.

The sheep’s uncanniness continued upon its arrival in Colorado. On the Springer ranch, she developed a special bond with a swine, raising the possibility that the two farm animals’ affinity for each other began in another life.

Before the sheep’s arrival, local dogs bullied, bit, and scared the pig. The sheep’s company established a paranormal circle of protection, preventing further attacks on her friend. As a result, the pig and sheep devoted themselves to each other, eating, sleeping, and roaming the ranch hoof in hoof.

The “sheep with the lost soul now acts the protector of the pig with the meek soul, and together they will go through life seemingly counterbalancing each other,” read an article in the Denver Post on December 29, 1901.

The mysterious sheep is lost after these 1901 records. Perhaps she witnessed the passing of Springer’s wife, Eliza Hughes, in 1904. Maybe, in 1911, she observed as Mr. Springer’s scandalous second marriage ended in a web of adultery, murder, and divorce. Possibly she passed, along with the ranch, into the hands of Col. Hughes and then his granddaughter Annie Clifton Springer.

No matter her final fate, in her lifetime she soothed a devil and befriended a pig—not bad for a sheep. 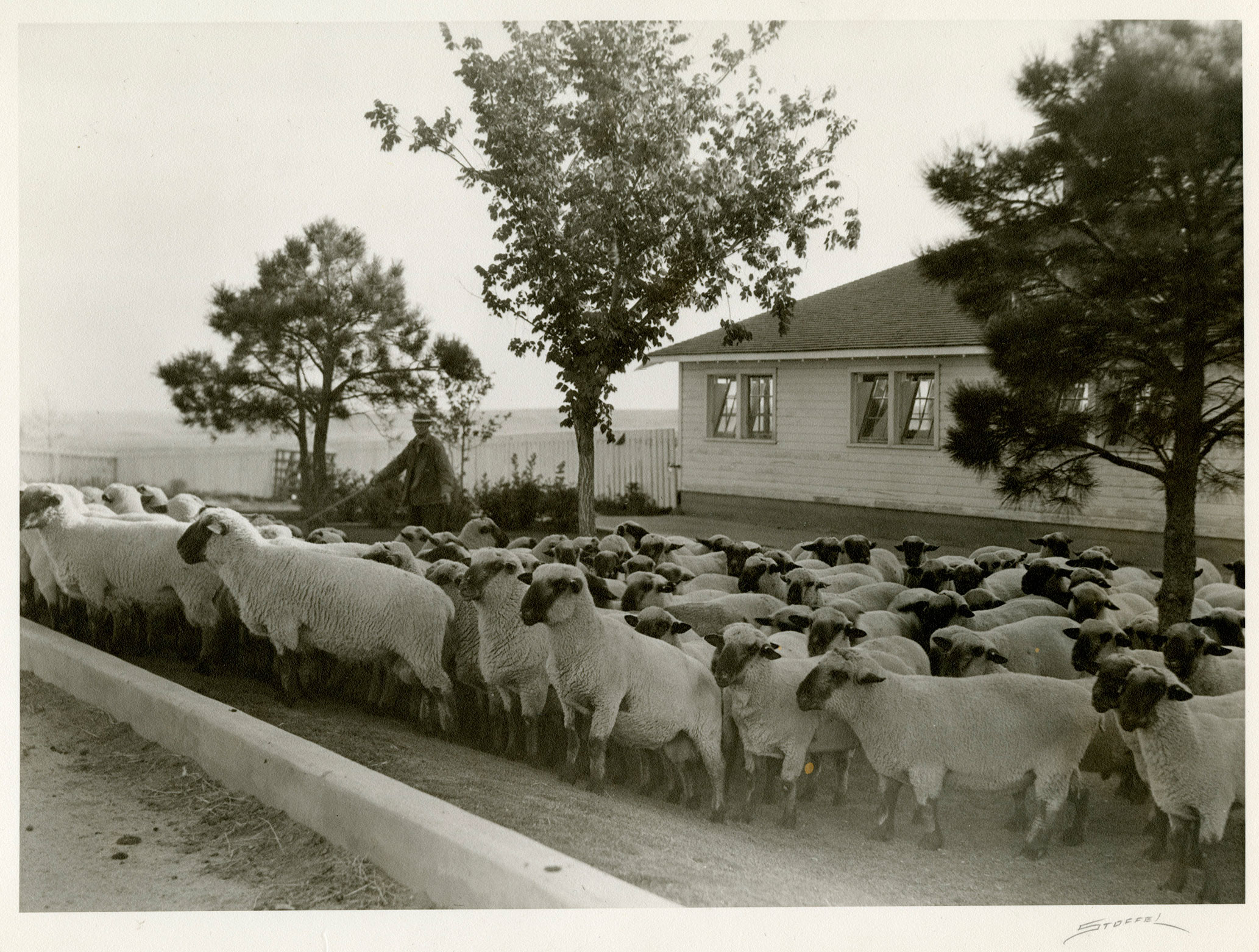