Archives collections are anything but boring! These 13 items highlight some of Douglas County Libraries Archives & Local History’s quirkiest, funniest, and downright strangest collections. Keep reading to see which Archives Award they won!

Still looking good at approximately 64 million years old, these leaf fossils from Castle Rock’s stint as a Cenozoic jungle win in the category of Oldest. These leaves were falling after the dinosaurs died, give or take a few million years. 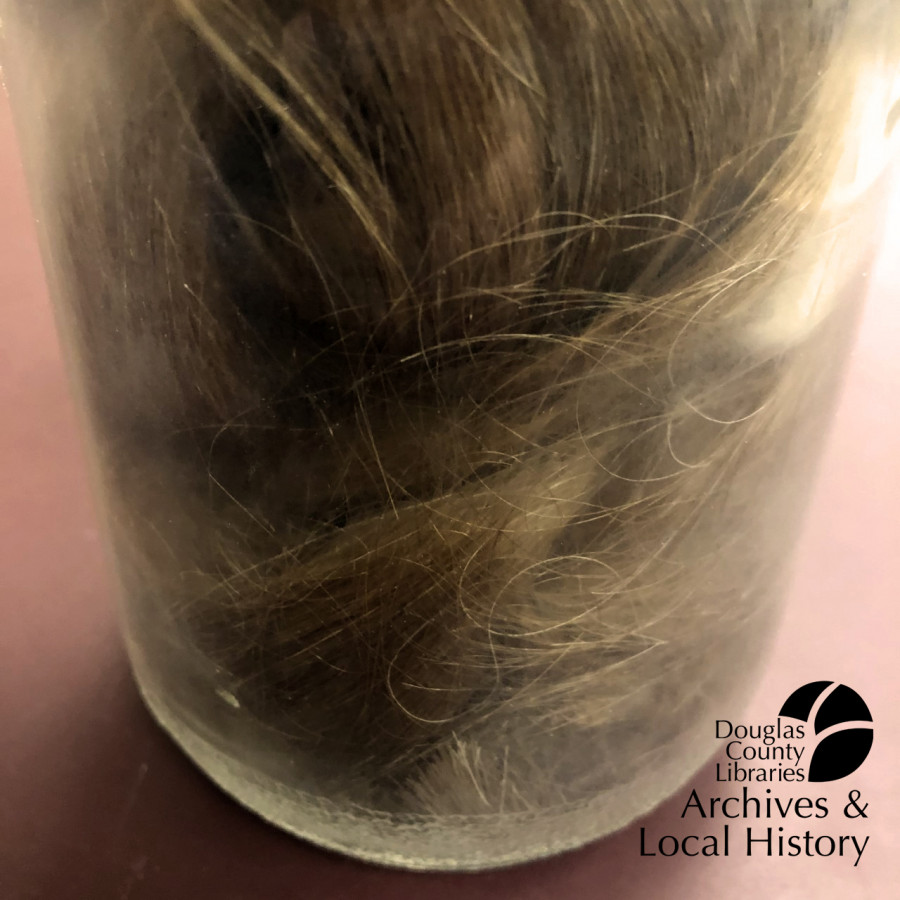 Two images show a jar filled with braided hair. The hair is a dark blonde color.

Winning the category by a landslide, the award for Creepiest object goes to this jar of braided hair. Its murky provenance only adds to its “hair” of mystery.

As an added bonus, its lid advertises instant coffee: “More people drink Nescafe than any other coffee!” Mmm … appetizing.

This object was also considered for the Spookiest award, but what paranormal entity would want to spend eternity in a jar of hair?

Most Likely to Cause Back Problems

Housed in the only box justifying a notation of “EXTREMELY HEAVY!!” these railroad irons win in the category of Most Likely to Cause Back Problems. Items include railroad spikes, ties, joints and nails. You can come see them any time we’re open, just make sure you have a lifting partner—preferably one who doesn’t forget leg day.

How to operate a refrigerator, from Housewives Favorite Recipes, 1916

Have you ever had a hankering for ham mousse? Really, not even a little? These 1916 instructions on how to pulverize your own salted meats into the kind of pasty texture used in desserts wins Grossest Recipe. But “Fish in Jelly” is a close second.

This recipe from Housewives Favorite Recipes and many others (the good, the bad, and the ugly) can be found in ALH’s extensive local cookbooks collection.

This winner of Goodest Boy is still warming our hearts almost a century later. 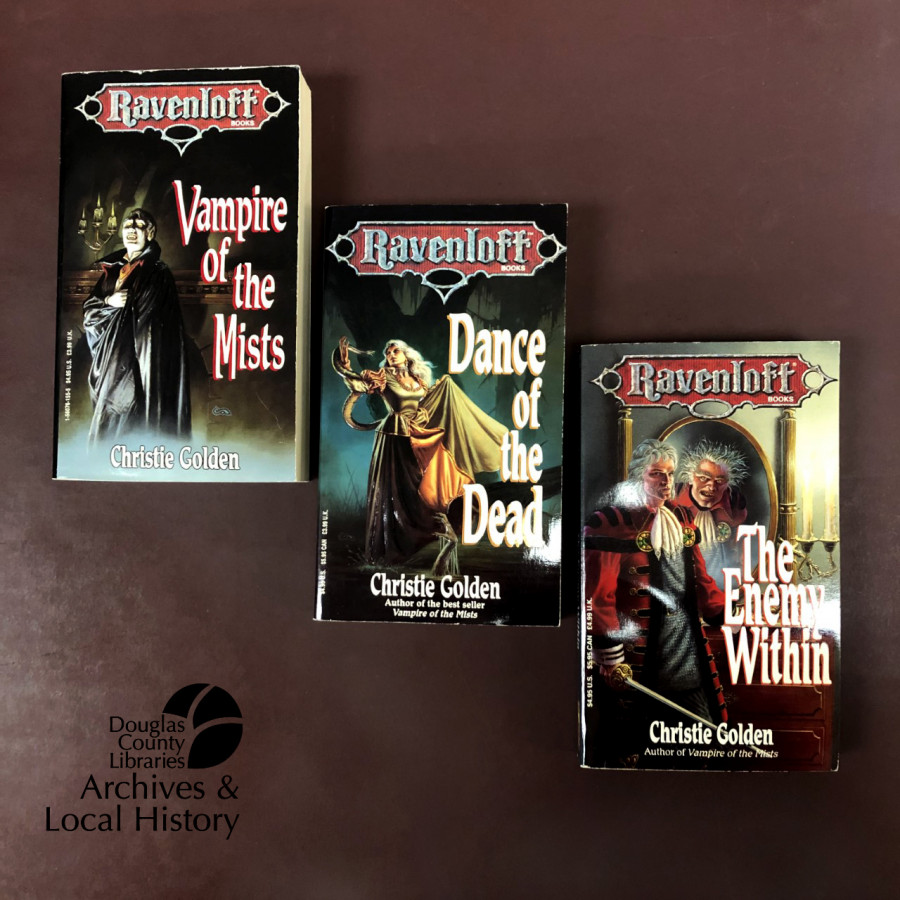 Winning the Spookiest Archives Award are three Ravenloft titles by prolific local author Christie Golden. In 1991, 1992 and 1994, Golden contributed three dark fantasy installations to the 24 book-long (!) Dungeons & Dragons series, Ravenloft. Taking place in the Demiplane of Dread, characters must resist (or not) the Darklords and the Dark Powers. Spooky indeed!

The face says it all. This chilly cat wins Biggest Nope, even though we all know it probably insisted on going outside in the first place.

Knowing that one’s nurse has trained for chemical warfare brings such a sense of comfort to patients. These World War II nurses, preparing for a gas mask drill in 1943, win the Archives Award for Coolest Nurses.

Dismuke's Book of Formulas and Prescriptions cover, circa 1890.

Painkiller recipe and piles recipe, from Dismuke's Book of Formulas and Prescriptions.

Bloody Milk in Cows cure recipe, from Dismuke's Book of Formulas and Perscriptions.

Painkiller recipe from Dismuke’s Book of Formulas and Prescriptions by Edward E. Dismuke (circa 1890)

Dismuke’s Book of Formulas and Prescriptions (circa 1890) serves as a kind of medical grocery list. If you’re feeling down, simply give a recipe to your local pharmacist and enjoy the effects of opium, alcohol and chloroform on your symptoms! Soon after, you won’t be feeling anything at all.

And don’t forget about your cow—Dismuke’s also recommends using “purgatives” to rid your cow of “bloody milk.” Don’t expect the cow to thank you.

Needless to say, this book wins the Archives Award for Most Questionable Medical Advice.

Guide to Life and Literature of the Southwest, With a Few Observations by J. Frank Dobie (1943)

It’s a capitalist world, and I’m a copyright girl! But not J. Frank Dobie’s Guide to Life and Literature of the Southwest, With a Few Observations (1943). It wins the category for Friendliest Book. His copyright page states, “Not Copyrighted. Anybody is welcome to help himself to it in any way.” Aww, thanks, Mr. Dobie! (But profits! What about the profits?)

Your wedding dress might have been pretty, but was it flowing-gracefully-through-an-Honor-Guard-saber-arch-with-your-GI-Joe-Lieutenant-groom pretty?

Flowers of the Mountain and Plain cover, 1926.

Flowers of Mountain and Plain by Edith S. Clements (1926)

Twenty-five color plates illustrate 175 wildflower species found in Colorado and the Rocky Mountains. Originally published in 1915, this 1926 third edition is decorated with a vibrant cover in addition to its contents. An easy win for Best Cover Illustration!

Clements was a respected botanist, the first woman to earn a Ph.D. from the University of Nebraska (in 1904). She and her husband founded the Alpine Laboratory on Pikes Peak.

If you’ve enjoyed the 2021 Archives Awards, there’s more! Browse our website to find all kinds of digitized items, or contact Archives & Local History staff to set up an appointment to see our vault collections and other resources.